The Virginia Citizens Defense League: The Top 3 Things to Know

In 1994 a group of concerned gun owners formed an informal organization known as the Northern Virginia Citizens Defense League. The group began to lobby in support of gun owners and gun owner rights in the Commonwealth of Virginia and, as their efforts drew more attention, their membership ranks swelled.

In 1998, the organization officially incorporated as the Virginia Citizens Defense League, and the membership rolls have continued to grow. Recent political events in Virginia have brought the VCDL to national prominence and have highlighted the divide between the two sides of the gun control issue.

1. About the Virginia Citizens Defense League

Since 1998, the VCDL has been an incorporated entity in the Commonwealth of Virginia and they currently operate as a non-profit membership organization under the provisions of Section 501(c)(4) of the internal revenue code. If you aren’t familiar with the Internal Revenue Code (who is?) a 501(c)(4) organization is one that operates on a not-for-profit basis and classes itself as a social welfare organization.

The Articles of Incorporation filed with the Commonwealth of Virginia speak directly to these purposes:

(A) Purposes: The purposes for which the Corporation is organized are to serve the public interest and to promote social welfare by educating the public regarding the formulation of public policies which are favorable for the general well being of the Commonwealth of Virginia and the United States, including the fundamental rights and responsibilities of citizens under our system of government,

with particular emphasis on the guaranty of the right to keep and bear arms as provided in the Second Amendment to the United States Constitution and corresponding provisions in state law, the need to protect the responsible ownership and use of firearms, and the appropriate limitations of the power of federal and state government in a constitutional democracy. (Virginia Citizens Defense League)

In layman’s terms, this basically says that the Virginia Citizens Defense League is a non-profit organization representing the public, in general, to lobby the State Assembly of Virginia in regards to gun rights and the rights of citizens of the Commonwealth of Virginia to purchase, own, carry and use firearms of any kind.

The Goals and Strategies of the VCDL

The website of the VCDL sets out their fundamental belief as well as their goals and the strategies succinctly.

VCDL is a non-profit, non-partisan, grassroots organization dedicated to advancing the fundamental human right of all Virginians to keep and bear arms as guaranteed by the Second Amendment to the United States Constitution and Article I Section 13 of the Constitution of the Commonwealth of Virginia.

VCDL believes that to win the fight to restore our Gun Rights, we have to:

The VCDL sees information and knowledge as a key to the fight. To help their members and non-members alike stay abreast of the latest changes in the legislative and political scene, the organization offers several methods. 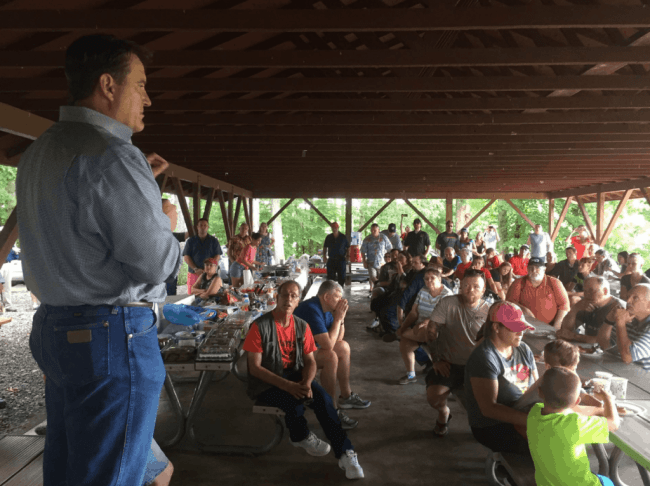 A look at the lobbying and legislative history on the Virginia Citizens Defense League website shows an impressive array of legislative and legal victories dating back to 1995. It is evident that the VCDL is an active and vocal advocate for gun ownership and gun rights in the Commonwealth of Virginia.

The VCDL came into the national view during the 2019-2020 legislative year in Virginia. In 2019 the GOP lost control of the Virginia legislature. Earlier in 2019, the Governor of Virginia introduced seeping legislation that would have revamped the gun laws in Virginia. The GOP controlled legislature quickly adjourned the special session the Governor called to deal with the legislation.

With the change in control of the Virginia legislature, the Governor promised to reintroduce the legislative package. The VCDL quickly responded to the challenge and began to bring to bear the focused attention of its membership on the issue. In 2019, after some very public demonstrations, the legislative package appeared to be a dead issue.

However, early in 2020, the issue resurfaced, and the new Virginia legislature, now firmly in control of the Democratic party, took up the legislative package again and passed the package. The VCDL responded with a concerted lobbying effort and sponsoring mass rallies at the Virginia Statehouse. The gathering of armed VCDL members in and around the Statehouse made national news.

The Governor signed the new laws into effect. The VCDL continues to lobby for changes to the new laws and has filed federal lawsuits challenging the constitutionality of many of the provisions of the new statutes. (Suderman, 2020)

The Other Side of the Fence

Other voices in Virginia are not so supportive of the VCDL and their policies. One writer finds the VCDL refusal to compromise or discuss alternatives enough to warrant letting his membership in the organization lapse.

Speaking in an article in the Roanoke Times, Art Bachman is critical of the VCDL’s unwillingness even to discuss alternatives or new laws governing gun ownership, purchases, or possession to be intolerable. Mr. Buchman, who purports to be both a gun advocate, a gun owner, and the holder of a Federal Firearms License, sees the VCDL as an obstructionist organization.

Many others in Virginia hold similar views and, in many cases, are quite vocal in their response to the VCDL and its efforts.

2. Who can be a Member of the Virginia Citizens Defense League?

Many people see Virginia as a battleground state in the fight over gun rights, the Constitution of the United States, and legislative overreach. The position of the VCDL makes them a popular organization with many who are supportive of these issues. The membership ranks of the VCDL have swelled during this past tense legislative session.

According to the membership brochure available on the VCDL website, it is not necessary to be a Virginia resident to join the Virginia Citizens Defense League and help support what the organization sees as an assault on a fundamental right enumerated in the Constitution of the United States.

For more information about membership in the VCDL, check out this link to their website. 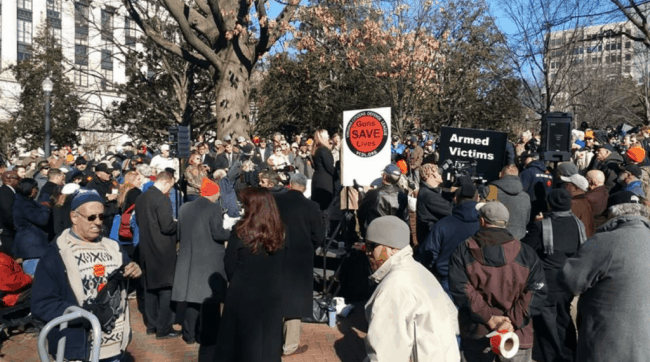 3. Why Is This Important for Gun Owners?

The movement to restrict or outright ban the manufacture, purchase and possession of many firearms is active in many states in the US. Calls for even more draconian laws on registration for guns, gun owners, and even ammunition continue. Many people see the recent events in Virginia as a bellwether for what is to come nationwide.

The VCDL is taking the point as it fights back against these efforts to curtail gun rights in all forms by advancing a strategy of direct action that involves getting gun owners and advocates involved at every level of the process from the Statehouse to the local city hall. There is strength in numbers, but those numbers must be focused on the right direction and at the right targets.

The VCDL is doing that at the state level in Virginia. Supporting the VCDL is one way to keep the fight centered and focused in one region before it spreads to other states. Successes by the gun control lobby in one state will only encourage them to move their efforts to other states.

The fight for gun rights is not happening just in Virginia. Every state in the Union is experiencing these sorts of assaults on our fundamental rights in some form or fashion. The Virginia Citizens Defense League is not the only organization aware of these attacks or involved in thwarting these individuals and groups from taking a constitutionally guaranteed right away from the citizens of the United States. If you are interested in getting involved in your state of residence, you can visit one of these websites for more information about locating a group or organization in your home that is working to protect your gun ownership.

The forces for gun control and registration will continue their push as time goes on. The time is now to mount an active resistance to these efforts and to reassert that the right to bear arms is a guaranteed God-given right recognized by the authors of the Constitution. If you are interested in learning more about how to demonstrate your 2nd Amendment rights, consider taking our online concealed carry certification training. It’s the first step in learning more about concealed carry firearms, and we’ll connect you with local contacts for in-person training.

How To Conceal Carry with a Purse… Correctly

Get your concealed carry certificate in under 30 minutes.